In this blog post, we will be taking a closer look at some of the best new music releases from interesting and innovate artists in the alternative hip-hop scene, in addition to a few R&B and alternative-pop highlights. All of these tracks were released in October or November 2022.

“GLORY*” by Jean Dawson is off of his new album, “CHAOS NOW*”. This is Jean’s third album, and is more Indie Rock than his previous albums. Some other standout tracks include “POSITIVE ONE NEGATIVE ONE*“, “0-HEROES” and “BLACK MICHAEL JACKSON”. If you enjoy these songs, I highly recommend checking out his last album “Pixel Bath”, as it is one of my favorite albums.

Tommy Richman, an artist from Virginia, released his first album “ALLIGATOR” on Oct. 28.  This playlist features “703”, a track with a very unique sound that can be best described as funky punk.

“BROTHER WASSUP?” is a collaboration between Young Wabo and ERNESTO BIRMINGHAM. This is the pair’s second song together, as they released “WHO THE GOOD GUYS?” earlier this year. While I would describe both ERNESTO BIRMINGHAM and Young Wabo as hip-hop artists, this song pushes the boundaries of the genre in a very interesting way.

Mavi, an artist from Charlotte, NC, released his second album on Oct. 14 “Laughing so Hard, it Hurts”, consisting of mostly lo-fi hip-hop tracks. “3 Left Feet” seems to touch on a relationship ending and the feelings of a breakup. Other standout tracks include “My Good Ghosts” and “Last Laugh”.

Another artist from Charlotte, LORD JAH-MONTE OGBON, released his third album of the year “DIS TEW MUCH” on Nov. 15. Yes, you did read that correctly, he has released three albums in 2022. This playlist features track eight titled “Alicia Keys in the Face”.

spill tab tapped into a alternative-pop punk genre with her newest single “CRÈME BRÛLÉE!”. This is her third single of the year, quite different from the indie-pop style of her previous single “Splinter”. It features an amazing instrumental, and I hope that she continues to experiment with these sounds in the future.

“Maybe Love” is Maz’s second single, a new artist from Utah in the alternative-pop sphere.

Fousheé, who was featured on Steve Lacy’s newest album, released her second album “softCORE” on Nov. 18. “supernova” is different from the normal music Fousheé makes, but shows that she continues to push boundaries in the alternative R&B and neo-soul genre.

“Demonslayer” by AKAI SOLO is from “Spirit Roaming” released on Nov. 11. Another highlight from this album is “The Weakest Crest”.

On Nov. 25 MIKE, Wiki and The Alchemist released a three-track EP which included the title track “One more”. MIKE plans to drop an album called “Beware of the Monkey” on Dec. 21.

Listen to this mix on Spotify. Note: Some songs on this playlist contain explicit lyrics. 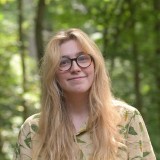 Rachel (she/they) is a Ph.D. student at NC State University in the Genetics and Entomology program.