Musgraves recorded her rendition live at Spotify House for Spotify Sessions 2016. Her live version is stripped down and authentic to her country roots, something the song had certainly not seen before. Her use of minor chords and harmonica align with the anger and sadness of the lyrics, giving the song a more sinister sound than the original.

The Civil Wars’ cover of “Billie Jean” by Michael Jackson

The alternative country duo recorded their version of the classic “Billie Jean” in 2011. Complete with a constant fingerpicking guitar and raspy harmonies, this cover could not be more different than Jackson’s original upbeat tune. The Civil Wars’ Joy Williams and John Paul White alternate solos and ad-libs, giving new life to the lyrics and presenting a refreshing view of “Billie Jean” as a duet. Their risky decision to totally revamp a beloved Michael Jackson super-hit paid off.

Cake’s cover of “I Will Survive” by Gloria Gaynor

Nirvana performed a version of the Bowie song for their MTV Unplugged album in 1994. The whole album is a masterpiece and features covers and originals, but this one takes the cake. Kurt Cobain’s vocals are melancholy and chilling, perfectly matching the lyrics. The crowd erupts at the end of the recording as Cobain credits Bowie. 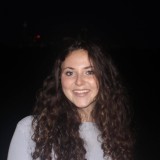