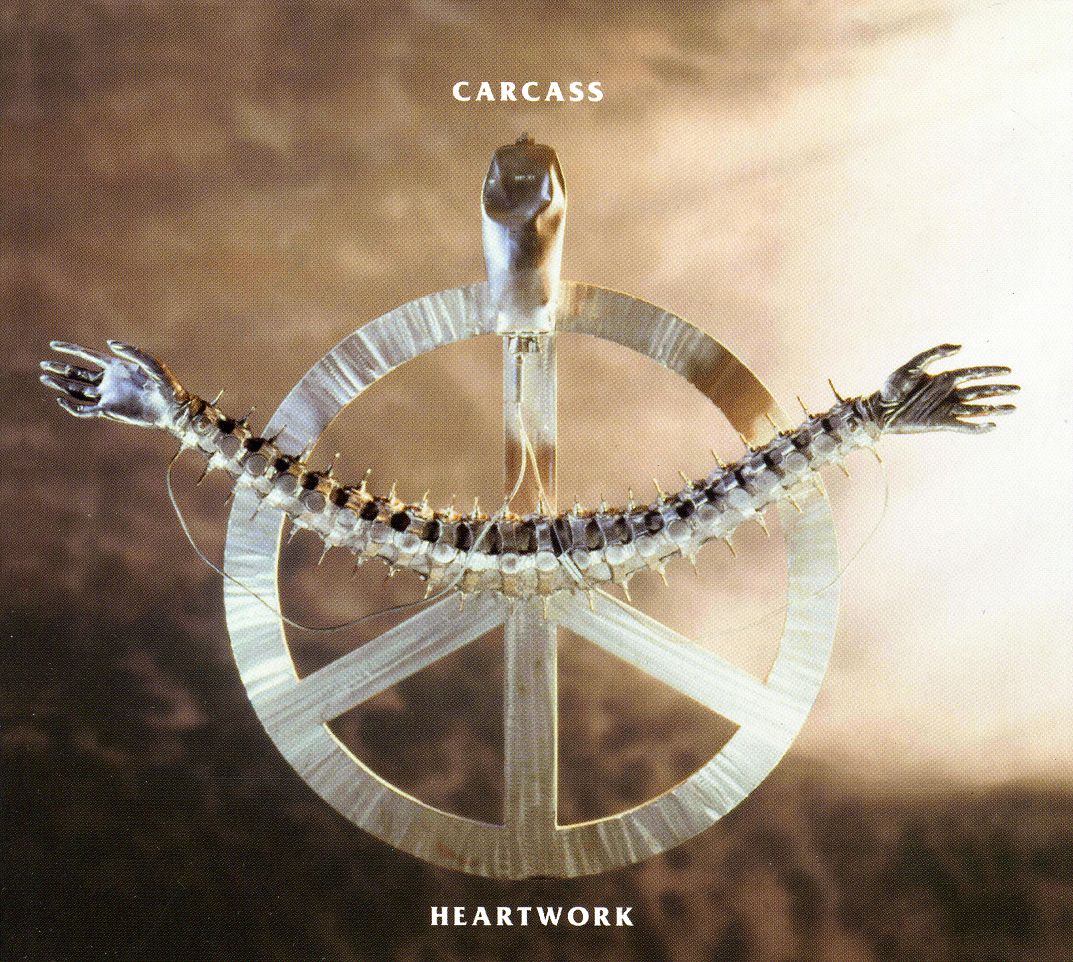 What a melodic metal masterpiece! The fourth studio album from Carcass, Heartwork was recorded at Parr Street Studios in Liverpool on May 18 – June 21, 1993, and released by Earache Records on October 18th, 1993.

Old school fans of Carcass, at least initially, were not too pleased with the band’s departure from the format and sound of their first three records, but the song structure – a pure dissection and reanimating of traditional structure – is nothing short of genius. And vocalist/bassist Jeff Walker continues sprinkling his trademark lyrics taken straight from a medical dictionary. Michael Amott (Arche Enemy) and Bill Steer (Napalm Death) are incredible as they tear through some of the greatest riffs and leads ever intertwined into metal melodies. Ken Owen (Blackstar) is not outshined by the duo with his speed and groove on drums, while Walker’s base playing rounds out the sound wonderfully. Every track is blazingly fast, with break-neck tempo changes of melody and harmony. Walker uses a drier, harsher voice (than the over-modulated sound of earlier albums) which bring a borderline thrash, grindcore, death metal sound to every song.

In May of 2013, Heartwork was inducted into the Decibel Magazine Hall of Fame, the 100th album inducted (and the 2nd album to be inducted for Carcass – Necroticism). In 2017, Rolling Stone listed Heartwork at #51 of ‘The 100 Greatest Metal Albums of All Time’.

It is difficult to name favorite songs from this record because, literally, all 10 songs are awesome! But, if I’m forced to pick a few at the top, for me: