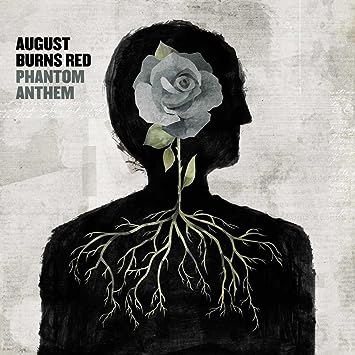 This was my first metalcore show of 2018, and it didn’t disappoint me at all! The last time I saw August Burns Red was at the Carolina Rebellion two years ago! When I saw that they were coming back to North Carolina, I didn’t hesitate to get my ticket! This tour supported the release of their new record, Phantom Anthem, that came out in October of 2017.

I got to Arizona Pete’s around 4 o’clock for the meet and greet that occurred around 5. The meet and greet and VIP experience with August Burns Red (ABR) was pretty cool. This was my sixth time getting VIP tickets. Individually, we got to meet the band and they all signed a poster for each of us. I small talked with the band during this time and I told them that I saw them at the Carolina Rebellion and that I am a metal college radio DJ for NC State’s radio station WKNC (if you aren’t listening to The Saw’s Butcher Shop on Friday nights from 10pm-midnight… you’re missing out). Every band that I have told that I am a DJ gets really excited and ABR was no different. They were really grateful and humbled that I play them on the radio and their singer said, “that’s so awesome, you’re literally the only person that will play us on the radio.” After the signing session, I got back in line and then we got a picture with the band (see pic above). When I showed up they all said, “look, it’s our favorite DJ!”

After the VIP experience, we were free to look at band merch and hang out before the show (you get to go in 30 minutes before doors open). I decided to stand right in front of the stage and wait for the bands to come on. My friend Savannah met up with me there and we jammed out in the front during the bands.

The first band to come on was Ocean Grove from Australia. Of course, when they said they were from Australia, we started a “USA” chant. Personally, I wanted to know if they knew the bands Parkway Drive, In Hearts Wake, and Thy Art is Murder (they too, are from Australia). The crowd didn’t really get into this band. The majority of the people just stood there. Savannah and I were dancing and moving to the beat every once in a while. They played Beers, Intimate Alien, and Thunderdome. They also got one of their friends to dress up like a Hooters girl and prance around on stage… that is an image I will never forget. He had the outfit, fake boobs, and a wig.

The second band was Erra. The crowd got into them a little bit more, but nothing major. There were some mosh pits here and there and of course, I was in the front jamming out, like always. They played some of their hits such as Drift, Seven, and Skyline.

Up next were my boys in Born of Osiris (BOO). I have seen them a handful of times and they never disappoint me. When they came out, the entire venue exploded! There were multiple mosh pits, tons of crowd surfers and stage divers, and everyone was yelling the lyrics back to the band. BOO is very interactive with the crowd when they perform. The singer is always in your face and literally a part of the crowd. He was grabbing people’s hands (aka mine), letting people yell into the mic, and getting the crowd as involved as he can. The guitarists and bass were very interactive too. They were always in the front and putting on a good stage show. Their keyboardist was running around, yelling into the mic, singing, and in the crowd’s face the entire time. They are really entertaining to watch and they put on an incredible show. I met the singer (again), the guitarist, and the drummer after the show. They are all really nice guys and they all thanked me for playing their songs on the radio. Ronnie (the singer) remembered me from the Charlotte date that they played and it was good to catch up. They played some of their bangers such as Bow Down (MY FAVORITE SONG), Empires Erased, and Machine.

And now it was time for the headlining band, August Burns Red. Right when they came on stage the entire crowd went rowdy. I was all up against the stage, getting elbowed in the back, my hair was pulled, and I have bruises everywhere (it’s not a good show if you don’t come back with bruises). Everyone was singing along and the entire band was interactive. They were always coming up to the edge of the stage and smiling at people and acknowledging everyone singing and jamming out with them. There was a huge pit and wall of death during the set. The guitarist smiled and waved at me on stage and mouthed the words, “my favorite DJ” to me. The singer was always in front of me jamming out and a lot of his sweat landed on me (this is what happens when you’re in the front). He would grab my hand and sing and just have a good time on stage! I was headbanging the entire time even though it was kinda difficult with everyone around me; and I hit my head against the stage, but it’s fine. I’m fine. Before their last song the singer said that he wanted to see more crowd surfers and stage divers. But he told them to watch out and not hit the “pretty girl up in the front.” I looked around and all I saw were guys around me… so I’m assuming he was talking about me. Everyone was getting on stage and they were careful, no one hit me. Then during the breakdown the singer puts down the mic, looks at me, opens his arms and says, “get on stage.” I was SHOOK, and he literally pulled me up on stage. He handed me their setlist and said something to me but I didn’t hear what he said because I was too busy looking at all the people at the show (it was PACKED) and I was thinking about if anyone was gonna catch me when I have to jump off the stage. Welp, I jumped off the stage and I was carried all around the crowd and was put down safely by the mosh pit. Anyway, ABR played some of their most well-known songs such as King of Sorrow, Hero of the Half Truth, and White Washed.