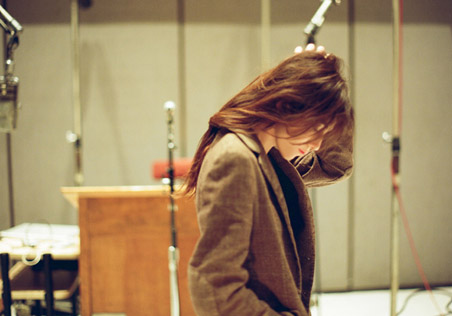 1. Japandroids are set to re-release two five-song EPs that were recorded before the band’s breakout album “Post Nothing.” The songs from both the “All Lies” and “Lullaby Death Jams” EPs are going to be compiled to form “No Singles.” The album is set to release May 11th, courtesy of Polyvinyl. (via Pitchfork)

2. Last fall, after playing a set of shows for the first time since 1994, Sunny Day Real Estate is set to release new material for the first time in 15 years. Although no recording time-line has been scheduled just yet, the band is hard at work at creating new songs. (via Billboard)

3. After the release of her acclaimed “IRM”, Charlotte Gainsbourg is scheduled to complete a two week North American tour. Although (sadly) there are no shows planned for North Carolina, she does plan on playing Coachella (for all you summer festival junkies). (via Pitchfork)

4. In a recent article in The Chicago Tribune, The Strokes have announce that they will be headlining Lollapalooza this year. Alongside that information, frontman Julian Casablancas has contemplated that “I think it’ll (the new album)be out in September.“(via Chicago Tribute)

5. Radiohead has confirmed that an email that had been circulated by a large number of fans, was a hoax. The email in question detailed that the next release from Radiohead would be called "Tehrangles.” A spokesman for Radiohead said to NME, “Most of it is made up and there is no album or album title.” (via NME)