The Love Language will be in the studio today at 2pm to do an interview and a few live songs.  They are playing in Raleigh tomorrow, Saturday May 9, at The Pour House along with other Raleigh bands  Whatever Brains and Gross Ghost.   The line-up features a lo-fi cloud of Raleigh, audible debauchery.

Quick facts about each act:

Gross Ghost- This is Mike Dillon’s new project.  If you live in Raleigh or Chapel Hill you likely know who he is.

Whatever Brains- These guys recently played WKNC’s Local Beer Local Band in March and were recently, as I like to say, “shopped,” or as others, including The Indy,  say kind of “picked up” by Matador Records.

The Love Languge- Remember the band The Capulets who graced Raleigh, Durham, and Chapel Hill with their infectious pop lyrics and handsome faces about four summers ago?  I do (eek, for being older than most other DJs).  Stu McLamb, a Capulet, went on to form The Love Language with two other Capulets and now, well now The Love Language is infecting the music scene on a national level, including a bit in Spin magazine. 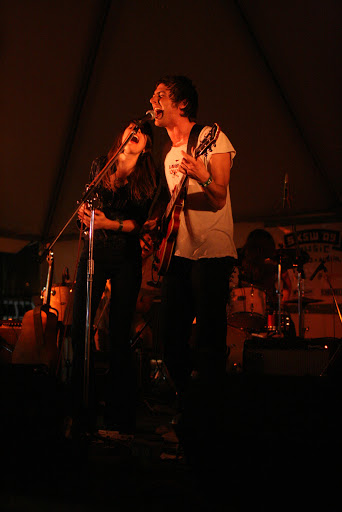