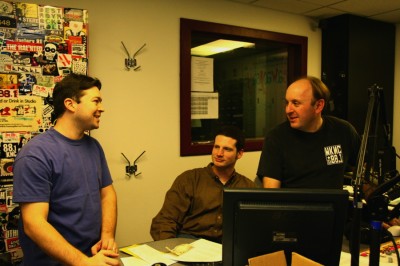 On Monday night, three former WKNC DJs got together for an Afterhours reunion show lasting from 6PM until 1AM. Pictured above from left to right are Rob Rousseau, Ben Thomas, and Steve Brown. For the past ten years, Ben and Steve have got together shortly before the beginning of the new year for the show. Rob participated in the set for the first time this year, although he has made guest appearances on past shows.

The Roots of Electronic Music on WKNC

Afterhours officially got its start as a nightly format in early 1997. It was named for the initial time it started, 12AM. Not long after it began, the show as well as the electronic dance music scene in general started to gain in popularity. It then moved to the 8PM to midnight slot, where it has been ever since. Prior to the beginning of Afterhours, electronic music on the station consisted of a few scattered shows here and there, mostly without a slot title. Rob called in to one of these shows, hosted by Dave Brock, and began his stint shortly thereafter in 1996.

Around the same time, Steve had been getting more and more interested in bringing electronica to the station. After hearing a show syndicated via newsgroups and cassette tape titled “The Digital Dream” out of Bath, England, he was inspired to start a program on WKNC that focused exclusively on this relatively new form of music. 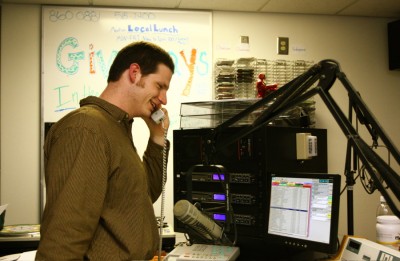 During the first reunion show in 1998, Ben (above) called in and was invited to the studio. He then pursued an interest in being a DJ. His first slot was referred to as the PSA shift, as it was at 4AM and the first 30 minutes consisted of playing a recorded program before he got to select some of his own tracks for airplay. Shortly thereafter, he continued the show in the more primetime hours for a while after graduation. 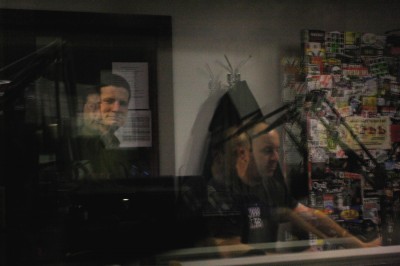 The Reunion Show and the Future

Ben and Steve prepare for the show for almost a year prior to it. It’s always between Christmas and the New Year, which is more convenient when juggling a family and a full time job.

Lasting between six and seven hours, there is a lot of music to play. The sets are arranged and selected ahead of time, so they can concentrate on discussing the music amongst themselves and listeners of the show. They had 10 copies of the entire set to give away during the show, and several of the people calling in have been listening to the reunion show for the past few years.

They plan to continue on with the tradition and host the show again next year at around the same time. You can enjoy the legacy they started by tuning in to 88.1 or the web stream Monday – Thursday from 8PM until 12AM.

If you’d like to be a part of their mailing list to be informed of news and information on future shows and electronic music, contact us and we will forward your information to them.