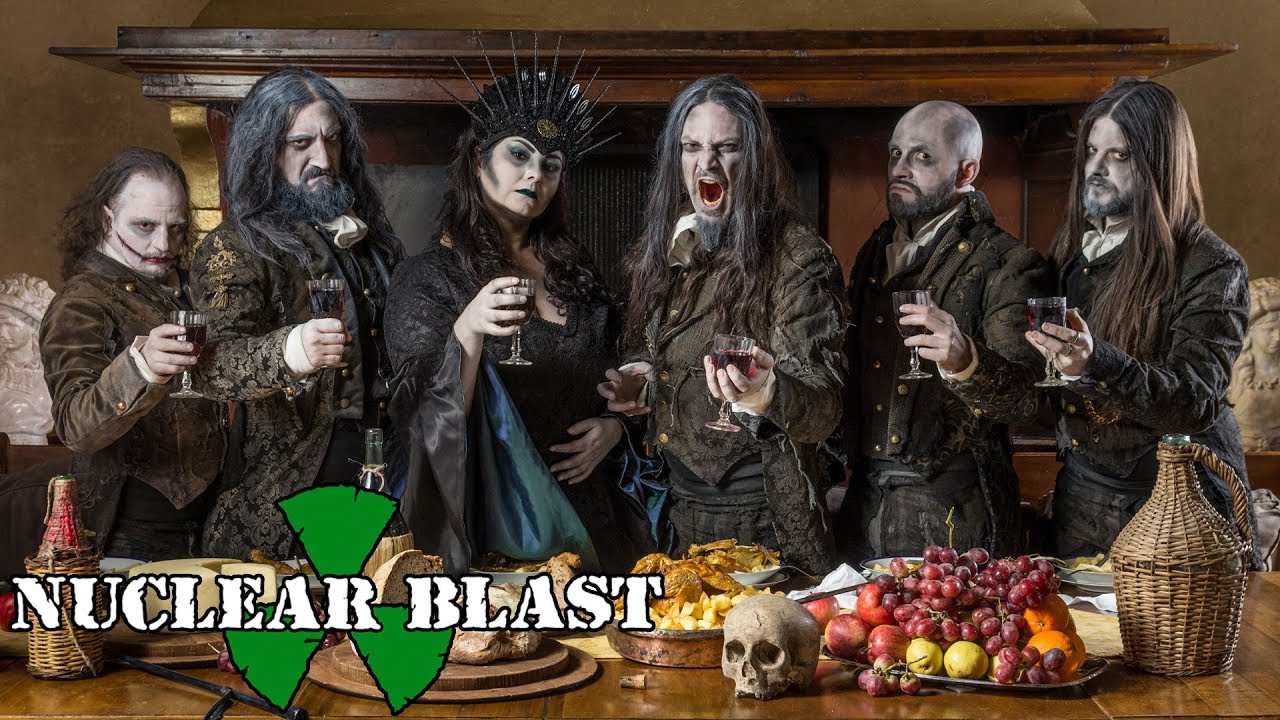 Fleshgod Apocalypse is a symphonic/melodic death metal band from Perguia, Italy. They formed in 2007 and are currently signed to Nuclear Blast. In May 2008, the band recorded its first full-length album, Oracles. In 2010, the Mafia EP was recorded and released. The band then released their second full-length album, Agony, in 2011. In 2013 they released Labyrinth, their third album, and in 2016, their fourth album, King, was released.

The band just released their 5th full-length album, Veleno, which is one of my favorite albums of 2019. It is also one of my competitors for 2019 album of the year!

I had heard about Fleshgod through various tours, mainly through 2011’s Summer Slaughter. I started listening to them a few years later when they were going on tour with Whitechapel. They are one of my favorite death metal bands because of their distinct sound. Although they are melodic death metal, they use classical music and harmonize the two styles. They also have a woman that sings opera (she has a beautiful voice), and they often mix in a traditional Black Metal synthesizer, chords, and vocals, too!

Their live show is awesome as well! They all wear classical composer outfits, but here’s the catch… they look like zombies!!! They sound just as good live as they do on their records! Their music videos also support the theme.

If you haven’t checked out this band you definitely should! Their music is on any music streaming format.

They also have a cover of Carcass’ Heartwork which is pretty cool.

What is your favorite song by Fleshgod Apocalypse? Have you seen them live?