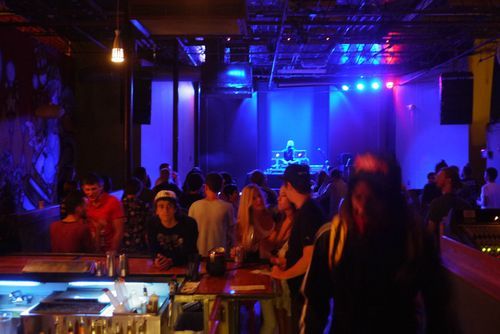 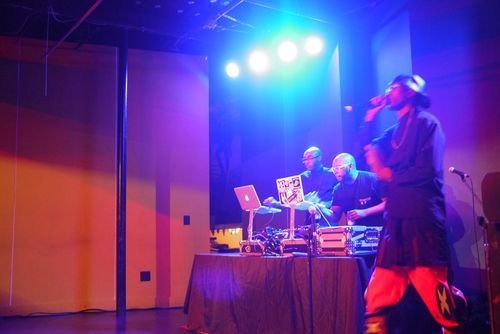 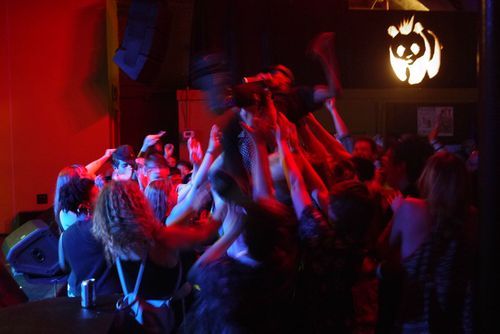 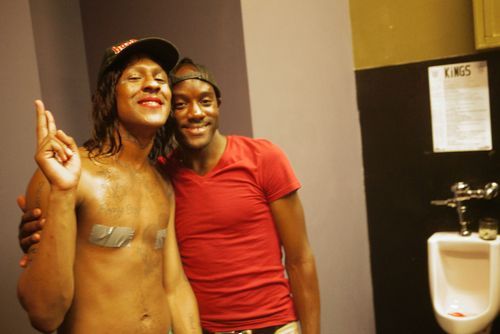 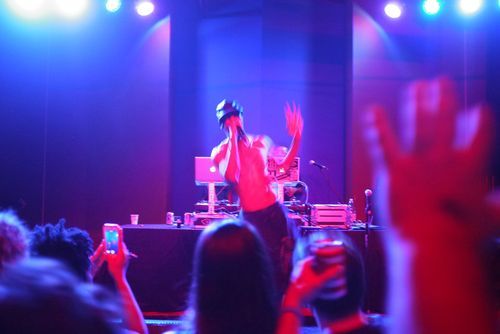 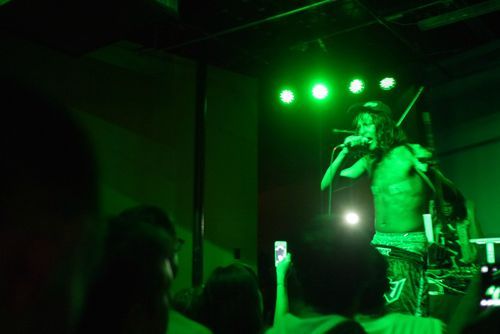 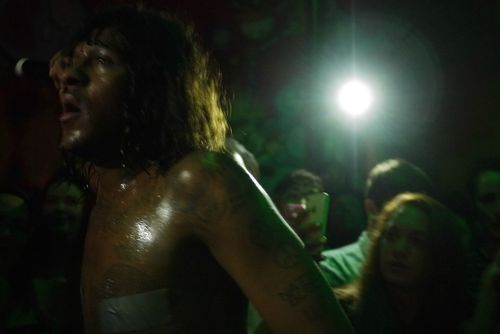 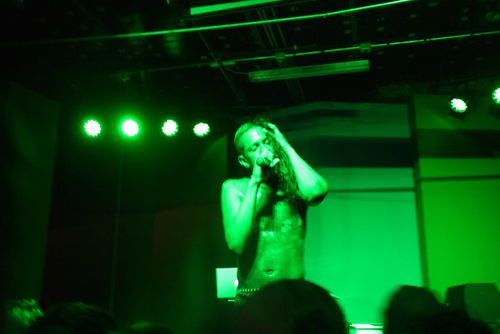 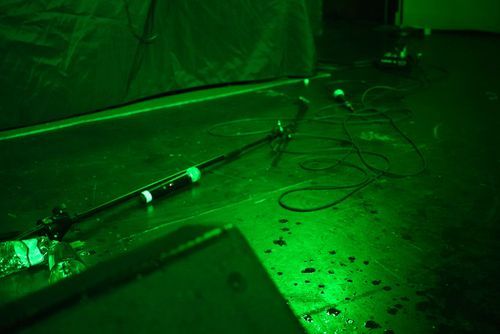 This performance was by far one of the most spectacular nights I’ve had all summer, and it all happened thanks to these rising artists of Raleigh.

The show began with the Discovery DJs spicing the crowd up with some irresistibly catchy club beats. Tennis Rodman took it from there with his experimental mash-up of hip-hop, rap, beats and dance. His energetic personality emerged as he spit a diverse range of aggressive rap styles and beat production to the crowd.

Next, Mykki Blanco sat amongst the crowd as a casual participant and quickly began his show with an attention grabbing poem filled with drama. His performance ranged from sarcastic and narcissistic tirades of gender confusion to theatrical explosions that included eating a microphone and having a voluntary seizure on the sticky concrete floor. Mykki Blanco had me constantly entertained with not only his mastery of performance art, but also with the interesting commentary in his lyrics and the various ways of executing them. This included acappellas or mosh-instigating rap styles that offered outrageous and unexpected performances that made me laugh or feel uncomfortable at times. Nonetheless, I can surely say that everyone at the show had a crazy night.