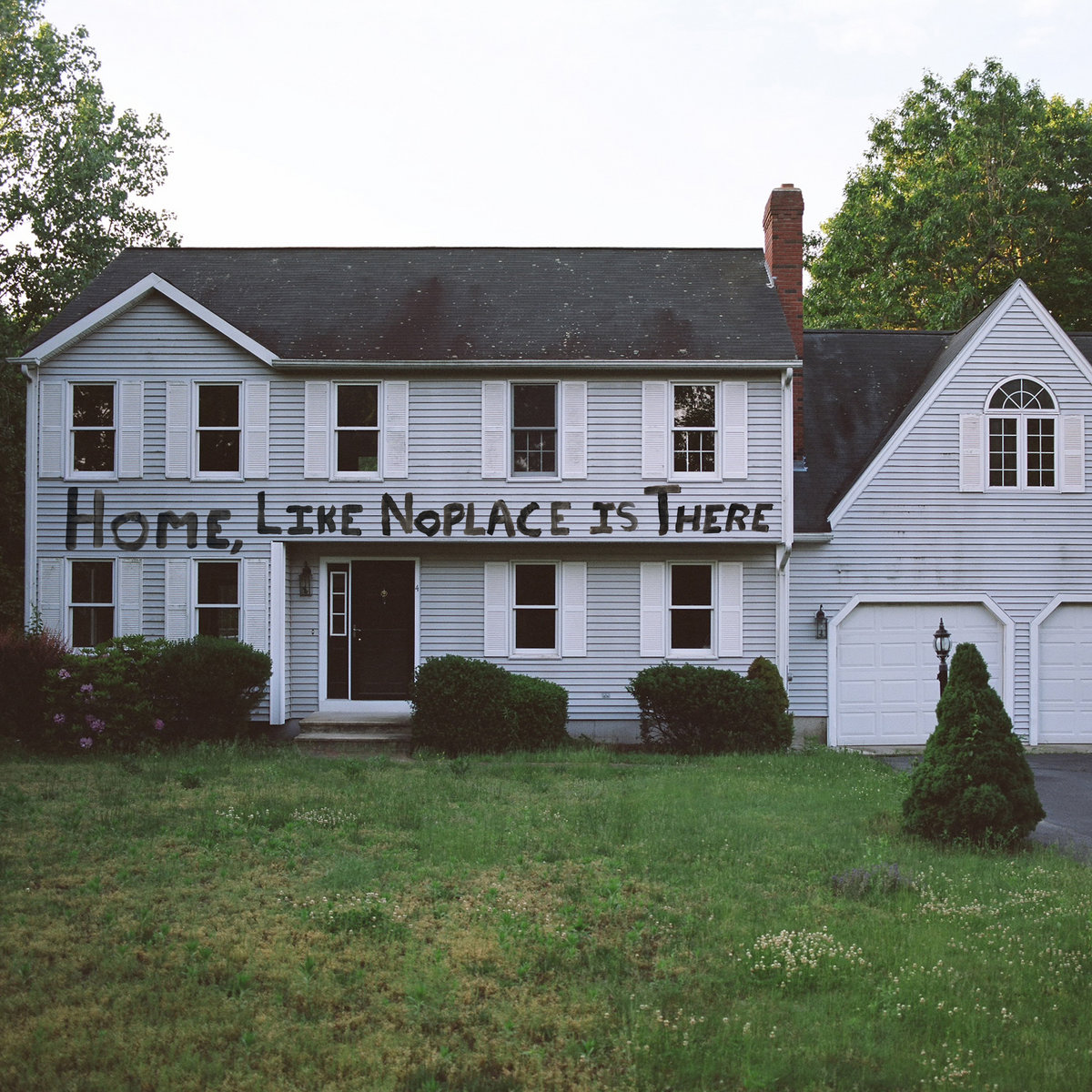 I believe the cover can say a lot about an album. This one’s a familiar image, suburbia. Though, it’s not a comforting view. The words of the album title are painted in black across the vinyl panels of this weary-looking house. It’s almost definitely a sarcastic remark. The lawn is overgrown. The hedges are misshapen. The shutters are dirtied. This doesn’t feel like home.

Now, I know what you’re thinking, “Oh no, another pop punk album about the suburbs.” Well, if there’s one thing that sets this album apart from — those — it’s the writing. The lyrics on a song like, “Your Deep Rest” make that very clear. You don’t have to read too far into them to see the song is about loss, particularly the loss of someone you love. It’s a theme that permeates the whole album. In “Dendron” it’s summed up with the words, “Part of your charm was the way you would push me from all of the traps that I just couldn’t see. Figures the one that was there to have tripped you up would be the one was set there by me.”  For me, these aching moments of regret are the album’s highlights. Where you felt you could have done something more. You could have somehow fixed a hopeless situation.

The Hotelier’s sophomore album, “Home, Like Noplace Is There” was released a couple months ago. While this means I’ve missed the hype train, it also means I’ve had plenty of time to let this record settle. Well, this collection of nine songs has been on consistent rotation, and it still sticks. It’s the kind of emo/pop punk hybrid that hasn’t been a rarity in the past few years. But, it’s much more endearing than most. I think when people look back on the late 00’s and early 10’s era of DIY “emo” music there are only a few bands they’ll remember. Algernon Cadwallader, Snowing, TWIABP, and The Hotelier will be among the most prominent.

In a weird way, this album also shares elements with bands like Third Eye Blind, Blink-182, and Taking Back Sunday. But here, the emotions, the guitar distortion, and the vocals, are all much more raw. What I love about this album is its tendency to conjure up memories in me, like being in middle school, waiting endlessly in carpool lines, or just the feeling of being young and aching to have a purpose, dreaming of living an unhinged life, but still so scared to leave home. It brings back memories of hopping creeks and sneaking into construction homes. The failed relationships that can’t be resurrected, the regret of letting time make its move, the snare of depression. Things that feel so strange to look back on now… “Home, Like Noplace Is There” will surely be looked back on. It’s undoubtedly one of the best rock albums of 2014.

PS: Do yourself a favor. Read the lyrics with this one.

Favorite tracks: “The Scope of All This Rebuilding”, “Your Deep Rest”, “Among the Wildflowers”