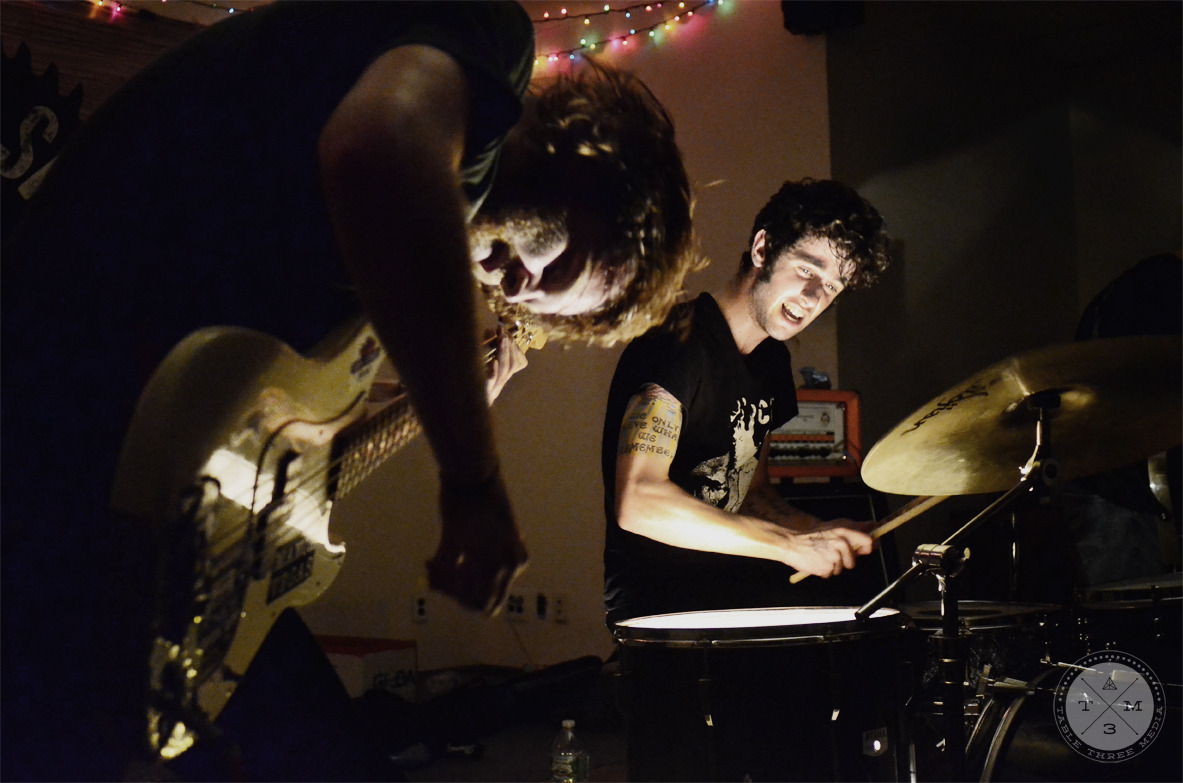 The Tipsy Teapot is a great little venue in the heart of downtown Greenville. I went to see The World Is a Beautiful Place & I Am No Longer Afraid to Die there over the summer, and ever since then it’s held a special place in my memory. Seeing Old Gray was an appropriate contrast to that show, it being the dead of winter now instead of the start of summer. They definitely evoke a darker, more painful, mood than The World Is.. too. Old Gray’s music is more comparable to bands like Midwest Pen Pals and Merchant Ships, but lately they’ve distanced themselves from those influences, creating their own sound.

The band opened with, probably their most immediate song, “Wolves” of their powerful debut album, “An Autobiography” that they put out last spring. That song got the crowd singing right off the bat. The attendance was small, maybe 30 or 40, but people were really into it, and all bands brought it. Honestly, I was surprised at how much I enjoyed the show. I’ve been a little bummed out on emo music in general lately, but Old Gray brought the world to life for me a little bit, which is such a great thing to be able to say about a band.

Old Gray have heart. They sing about lost love and fading youth. They spill their guts to be a part of something bigger than themselves. Their drummer has to consistently hop off his seat to pound them with enough strength.  Their main singer leans into his mic at a runner’s stance as if his problems are staring him down, and he’s about to barrel through them. For the last two songs the guitarist and bassist switched instruments, shifting the mood. The music moved from crescendo-based with heavy distortion to a more twinkly style of emo. They closed their set with the fan-favorite, “Her Tongue Was Tattooed to the Back of Her Teeth”, which starts off with a brilliant bit of spoken word, and turns into an emo anthem. It was a night I won’t forget soon. I couldn’t have asked for more. Great crowd, poignant vibes, good times.