This is a personal artist spotlight on Torres by The Walrus. 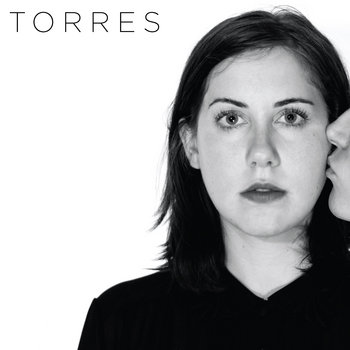 Hopscotch is the festival that it is because of its uniquely diverse and maddeningly obscure lineup of artists; it is truly a music critic’s festival. Each year, I find myself discovering artists who may easily have slipped under my radar were it not for their introduction to me through the festival.  Often times, it is simply because I stumbled into their show, or I tagged along with a friend, or I was just trying to fit a show in between two others. Regardless, there is always an artist who shines amongst the masses with a wonderful breakthrough performance and it is what I have begun to search for each year. After much deliberation, my personal prediction for the dark horse of this year’s Hopscotch is Nashville-based Torres.

With her self-titled debut album, Mackenzie Scott exhibits a raw, gritty sound reminiscent of early PJ Harvey. Her voice evokes a sense of urgency that, when accompanied by her beautifully dark lyrics, elevates her songs to such a high level of significance. It is the significance of someone mustering all of their willpower to speak, to sing out, and to rid themselves of the emotionally draining fears that haunt their mind. Tracks such as “Mother Earth, Father God” follow you, gripping your mind with the haunting intensity that an artist can so rarely produce.

What makes Torres all the more mesmerizing is that it is Scott’s first album and she is only 22 years old. It is the promise of even more that has latched me to her music and her wonderfully sincere songwriting. For all of this, I will not be missing Torres during their Saturday night performance at Deep South.