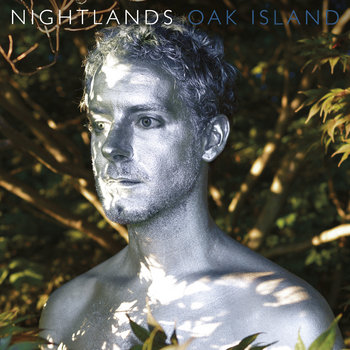 This is a personal artist spotlight on Nightlands by The Walrus for Hopscotch.

When label Secret Canadian states that Nightlands is ultimately the product of bedroom producing, it brings to mind the countless demos crafted by artists as an attempt to exhibit that which could be further polished and refined to produce their ultimately desired sound. Nightlands goes far beyond the assumptions of bedroom producing and often puts them to shame in comparison.

Dave Hartley, bassist of The War on Drugs, began his side project directly from the bedroom, keeping a tape recorder on his bedside table to archive the musical ideas he developed in his sleep. These ideas were the seeds for his debut album Forget The Mantra and were, as you could expect, dazzlingly dreamy.

Three years later, Hartley concludes his production of Oak Island, the sophomore album that has received exceptional critical acclaim for its fantastical and incredibly lush sound, providing the listener with an immersive and engaging inward journey. It’s amazingly polished for a bedroom production and never once depicts that which could be further refined.

Nightlands has been inked into my personal Hopscotch schedule since the day the lineup was released. Oak Island has been a consistent favorite of mine since its January release, and I will certainly be at The Hive at midnight to see them perform.

Favorite tracks: “So Far So Long” / “Other People’s Pockets”