When you are in a specialized career, like entomology for example, you are bound to get many questions. Some of the common questions we get are “What is the most dangerous insect?” “Which has the worst sting?” or “Who would win in a fight between place two large insects that would never cross paths here?” We’ll save these questions for future Insect Minutes. The question that we seek to answer this week is, “What is the biggest insect?” 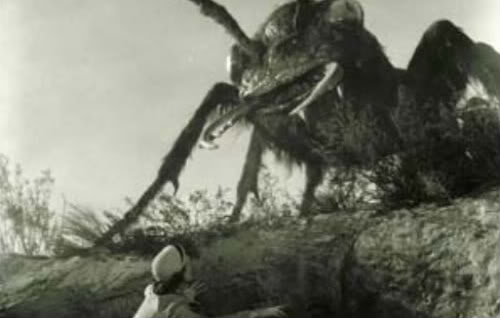 Aggggghhhh!! That is one big insect!!

To answer this question we need clarification, how do you quantify “biggest”? Insects are very diverse and they come in many shapes which means that the longest is not the heaviest.  So to answer the question of what is the “biggest” completely there are two answers.

The longest insect is the Chan’s Mega Stick from Borneo. Phobaeticus chani is a member of the stick-insect order Phasmatodea. Our native species, Diapheromera femorata, is 3 to 4 inches long. Phobaeticus chani is 14 inches long, if you include the legs the length extends to 22 inches!! Despite its large size very few people have seen one, in fact if you searched all the insect collections in the world you would only find that 3 have been collected. All stick insects are masters of camouflage living up to the order’s prefix which comes from the Greek, phasm, meaning phantom. It may be that the Chan’s megastick is even more elusive because they typically reside in canopy of the rainforest.

The aptly named Goliath beetle is arguably the heaviest insect, based on the bulk of the five beetles included in this genus. The Goliath beetle, Goliathus regius, found in western equatorial Africa is the largest of the group weighing in at 3.5oz! This beetle is about the size of a small apple or bar of soap. Not big by vertebrate standards, but huuuge for an insect. People find the look and docile behavior of these beetles very attractive and keep them as pets. The grubs, or larvae, of the Goliath beetle require a lot of protein while they develop but once the beetle reaches adulthood it relies on high-sugar foods like sap and fruit making them quite easy to care for. The Goliath beetle is also often used in insect fights; a spectator sport that capitalizes on the male beetle’s natural tendency to fight other males when a reproductive female is present.

So, as you can see, these insects couldn’t be more different from one another and yet they are both contenders for the title: The WOOOORLDSSS Biggest Insect!

Hi this is Heather with your Insect Minute brought to you by WKNC and the NC State Insect Museum.
“What is the biggest insect?”  Well that depends, is the longest or the heaviest
The longest insect is the Chan’s mega stick found in Borneo.  The walking stick can be over 1 foot in length! Can you imagine finding an insect the same size as your foot-long sub? Chances are slim any of us will see one, even if we do make it to Borneo because they are well camouflaged, looking just like the limbs of the trees they reside in.
The heaviest insect is only 4 to 5 inches long but what he lacks in length he sure makes up for in mass.  The aptly named Goliath beetle weighs 3.5 oz which makes this beetle about the same size and weight as a bar of soap. Imagine trying to lather up with this guy, the last thing you’ll be is squeaky clean.
If you would like to see pictures of these insects and find out more about them please visit the museum’s website at insectmuseum.org where you also find out information about the museum and read our blog where we talk about interesting stuff going on in the world of entomology.