One of my favorite musicians, Ben Sollee, will be coming by the station on May 10  at 1 p.m. for an in-studio performance and interview before his show at Kings Barcade (Cat’s Cradle Presents). Sollee’s music is inspired by his Kentucky roots, but spans genres from folk to jazz, carried by his syncopated rhythms and smooth voice.

You may recognize Ben Sollee from his work with Daniel Martin Moore on Dear Companion, an album speaking out against Mountain Top Removal and preserving their Appalachian homes. This album was produced by Yim Yames of Monsters of Folk and My Morning Jacket.

If You’re Going to Lead my Country, Something Worth Keeping, Learning to Bend, and Inclusions are Sollee’s  solo EPs and LPs, respectively. These albums feature his political lyrics, blues-infused voice, and friends joining in on saxophones, percussion, and other instruments on many songs.  This show on May 10 at Kings Barcade marks one year since Inclusions was released. 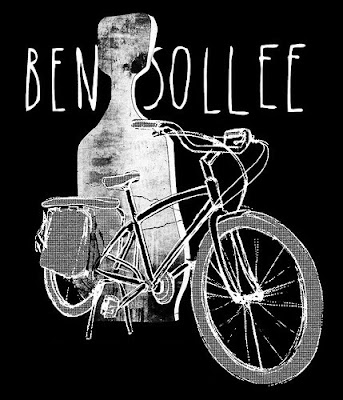 Ben Sollee is different from many other “green” celebrities in that he lives the lifestyle to the best of his ability, showcased in his “Ditch the Van” Bike Tour.  Strapping the cello and other equipment to a tiny trailer attached to his bike, he has traveled to dozens of shows and thousands of miles with a much smaller carbon footprint than other touring artists.

Sollee is no stranger to the area, opening for The Rosebuds at a Hopscotch 2011 Day Party and an awesome show at Casbah in Durham.  I hope he likes the new bike lanes on Hillsborough Street.

Tune in to hear what I’m sure will be an amazing live in-studio performance and interview. If you have any questions for Ben, leave them as a comment or tweet them at us (@WKNC881) during the interview on May 10 from 1 -1:45 p.m.  Be sure to check out his performance at Kings Barcade May 10.

Listen to Americana Blues and Company on May 5 and the interview May 10 to win tickets to the show!