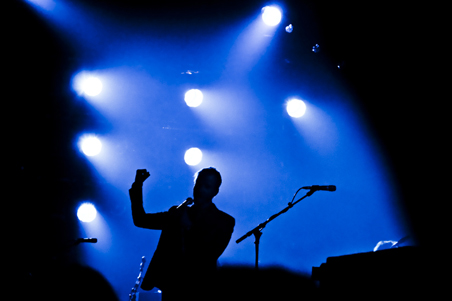 1. It has been discovered that there are two hidden tracks off of The Dead Weather’s latest album “Sea of Cowards.” The tracks are hidden on the limited edition split color vinyl and are located on the record’s center label. (via Pitchfork)

2. Bonnie “Prince” Billy is releasing a free single through Adult Swim as apart of the Adult Swim Single Series; where each week one artist releases a free single to the public. The series is set to run for a total of 8 weeks. (via Pitchfork)

3. The Roots have enlisted the help of the women of Dirty Projectors with The Roots’ upcoming album “How I Got Over.” The album is set to release June 22nd. (via Pitchfork)

4. For the first time since the tragic death of their drummer !!! has announced details on their upcoming album, and they have released a new tract that accompanies the new release as well. The album entitled “Strange Weather, Isn’t It?” is set to release August 24th. (via Pitchfork)

5. The National stormed the top of the Billboards charts with the release of their latest album “High Violet”. The album opened at number 3 selling 51,000 copies.(via Pitchfork)