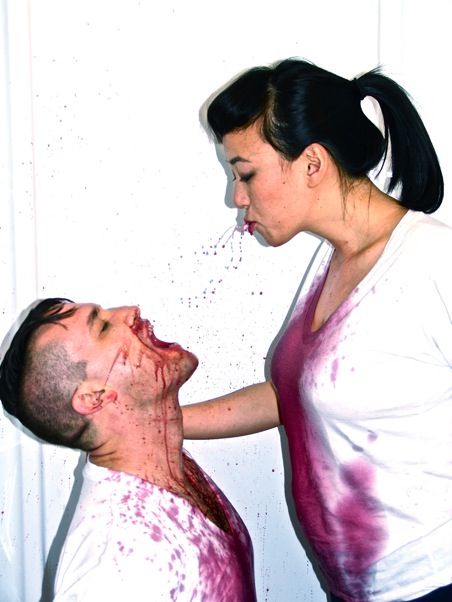 1. Record Store Day 2010 broke records (get it?) as being the biggest one yet. Stores across the country reported their biggest sales dates of the year. (via Pitchfork)

2. Xiu Xiu wants your hair. Yes, the art-pop band wants locks of your hair for their upcoming music video. The idea is that you hand them locks of your hair at shows and get some swag from the band. Currently the band is planning on filming themselves lighting the hair on fire while saying the name of the person who the hair had belonged to and inhaling the smoke. Yep. (via Pitchfork)

3. The Kills report that they are three-fourths of the way complete with their follow-up with to 2008’s “Midnight Boom.” The band is planning on completing the album when Alison Mosshart finishes up touring with The Dead Weather. (via NME)

4. Guitarist Johnny Marr has unveiled plans to compose the soundtrack to the upcoming film by Tony Kratz, “The Big Bang.” (via NME)

5. Front man of The Decemberists, Colin Meloy, is set to expand his writing career with a new deal with Harper-Collins. He is set to write three novels that are intended for a adolencent audience, much like his previous work books. (via Pitchfork)