The Apples in Stereo- Travellers in Space and Time

Travellers in Space and Time

Playing off of space motifs and sounds that would easily fit inside a 70s shows about the Universe, these guys create another amazing album that’s easy to dance to and lighthearted.

Beautiful, enchanting, romantic. These are the types of songs that guys in high school play to their girlfriends on prom night. Imagine a fast paced Bon Iver.

Like The Pixies? This is a solid effort by front man Black Francis who abandons more psychodelic elements and leans more toward traditional rock and roll.

This vexingly vintage album from Lou Hickney and Jon Lawler (Fratellis) sounds as sultry and fun as the cover looks. You get that late 50s/early 60s Big Band sound with amazing  boy/girl duets.

True Love Cast Out All Evil

This album is amazing. This Texan legend dabbles in all kinds of musical genres on this recorded including country, blues, garage rock, and lo-fi psychedelic folk. His lyrics are of a man who has been through a lot and trust me, they will tear at your heart and soul.

This is like psychedelic art pop. Sometimes feels a little to much like a jam session but the layered male/female juxtaposes between the innovative instrumentation. Sounds like a mixture of Pavement, Sonic Youth, and Wolf Parade! 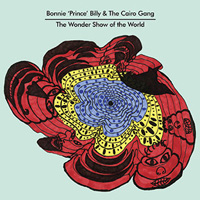 The Wonder Show of the World

Beautiful folk songs that are equally heartbreaking and uplifting sometimes. This album general has minimal instrumentation  which gives it that haunting feel yet it still delivers with a powerful punch. A perfect addition for any fans of Iron and Wine. 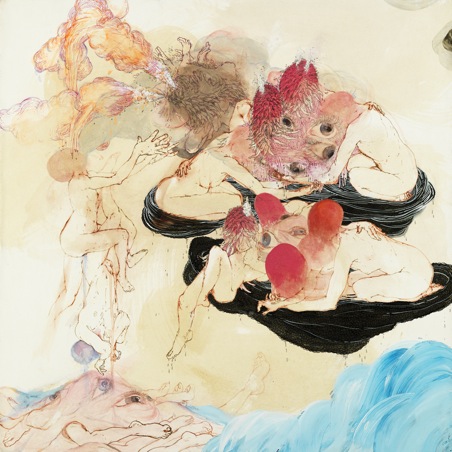 WOW, they really out did themselves with this one. Post-new wave synth rockers with a lead singer that will melt your face off with his crooning. A+ gentlemen, A+.

An acoustic trio from Brooklyn that sings folky country music that resembles the Avett Brothers. Pretty decent, but at times I got annoyed with how happy they are. 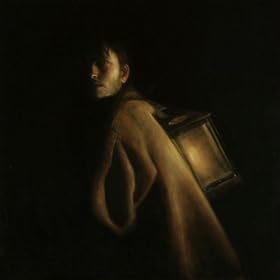 Imagine if the band Grandaddy and Iron and Wine decided to create a dark, almost distorted rock music together. Not bad, but at times this can get a little heavy and overloaded.

Post electronic instrumental rock music. I mean do what you want with that.

The fifth album in nine years from this London modern folk duo, this CD is a perfect transition from winter into spring. Melodic strumming, finger picking, and interesting lyrics combine to create an uplifting feel; however at times I feel the vocals are straining and the album loses energy as it progresses.

Nathaniel Rateliff- In Memory Of Loss

In Memory of Loss

Minimalistic neo-folk; imagine the power and affecting emotion of Mumford & Sons slowed down to the pace of Bon Iver. He can be quiet, or bellowing, but his voice always moves you. All he needs for instrumentation is tip-toeing pianos and guitars around the edge of his booming voice. 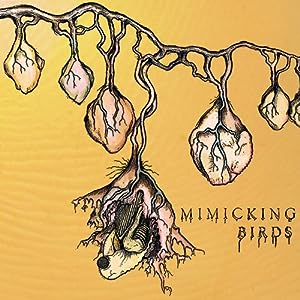 Drawing heavy influences from Modest Mouse [maybe because the whole album was recorded in Isaac Brock’s home studio] this CD creates an ethereal ambiance. Intricate lyrics paired with soothing guitar melodies, soft pianos, light horns and the added whispering and raspy vocals give way to a delicate album filled with layers. Play if you are in a slow and soft mood.

Hurricane Bells – Tonight is the Ghost 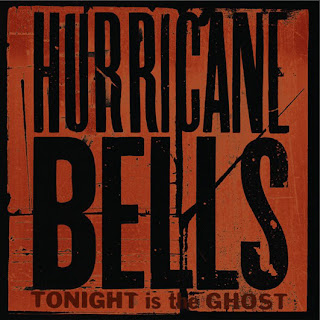 Secret solo project of Steve Schiltz from Longwave, Hurricane Bells was popularized by the featured track on the New Moon soundtrack. While more subdued and mellow than “Monsters” it has a Shout Out Louds kinda feel. Even the more upbeat tracks have a quiet and gentle feel. At times he opts for natural vocals and other times he uses a filtered effect which gives the album an interesting twist.

Eerie, dark, and texturally fascinating, this debut album features vviolent crashes and other weird sounds as percussion which round out this experimental album from three DC natives. Experimental like early Radiohead, but way more accessible. Play if you feel like going on a unconventional journey.

Sarah Jarosz – Song Up In Her Head

While the female vocals are almost on the verge of being too simple, the contrasting intricacies of the composition and instrumentation of each song creates a very pleasing overall balance. The picking, strumming, and plucking of strings rivals that of Mumford & Sons, but the lyrics aren’t quite as profound. Play if you want to add some bluegrass flavor without making you listeners lose their daytime appetite.

Tunng- And Then We Saw Land

And Then We Saw Land

Sprinkled with bursts of electric guitars, woodwind riffs, and synthesizer blips, this is twangy, sensitive Brit folk-rock with soft, sweet vocal harmonies (think The Boy Least Likely To).  It’s oh-so-precious and it improves with repeated listens.

Laura Marling- I Speak Because I Can

Beautiful British folk. The songs are soft and poetic working off of Marling’s amazing voice and acoustic guitar. She’s not as sad as she is defiant in this one.

If you love The White Stripes you’re going to love this live album. Jack White showcases his amazing talent as a guitarist and constantly gets creative with whatever song he is playing. This is on that sounds better the louder you listen to it.

Super slow paced live songs that are pretty stripped down and simple. If you’re a fan of down tempo live music, you’ll probably like this one too.

And the Unmistakable Man

This is the kind of album a guy writes after he had a nasty break up. Energetic out of frustration there is still a hint of loneliness. They use instruments that at first come together as Tex-Mex, but they do so in a way that gives it a pop tempo at times.

Jesse Malin and the St. Marks Social – Love it to Life

Jesse Malin is back on the map with his latest release.  Loud pianos, jumping guitars, and drums that keep up a fast beat, create a rock sound that is sure to get you moving and stomping your feet. “The Archer” and “Lonely at Heart” were inspired by Salinger which is evident because these songs are softer than the rest of the album. Very cohesive and catchy Malin proves he isn’t ready to stop making music yet.

Communist Daughter – Soundtrack to the End 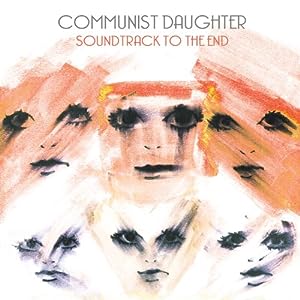 Soundtrack to the End

Simple, sweet and luscious this six piece Minnesota band debuts with a melancholy pop sounding album. Never hard, they smoothly transition from song to song and blend dreamy boy/girl harmonies reminiscent of Belle & Sebastian to give listeners a warm feeling. They make sad lyrics sound happy and will be easy to get into.

Hushed and quiet, this duo is a lighter version of Rilo Kiley but with equal male and female vocals. They incorporate youthful, intimate lyrics with pretty harmonies and at times remind me a lot of Stars minus the synth and more amateur. Even though the production of this album could have been better, it will provide a perfect blend into your indie show.

herMajesty – Images from the Vanishing Night

Not really my cup of tea, but worth a listen. Enchanting post-rockish with a lead singer who sounds like he’s from some old Morrisey-ish type band. Play if you’re feeling a little curious for something different.

I am seriously addicted to this album! Fresh, easy going, jazzy and R&B inspired, I feel like I’m floating on clouds listening to the intoxicating vocals of Meklit. Violins, light drums & jazz instruments paint the perfect backdrop for her breezy lyrics. Along the same lines of Fiona Apple, Florence, just mix in a soulful, Ethiopian twist.

Elsinore is in the FYC of indie rock school – they just can’t decide on what they want their sound to be yet. While their slow numbers have potential (think the XX), their more up tempo tracks are what stand out (think a less mousy Ben Gibbard with a clash of Temper Trap). Track 5 rightly named “Yes Yes Yes,” comes out of nowhere at the end, with a mad blend of clapping, horns, and electronic beats. This is the sound they should major in, hands down (or up!) 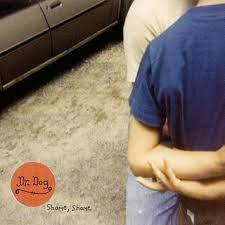 This album makes me happy. It’ll make you happy, too. It’s like one of those mix cds you find jammed under the passenger’s seat it’s familiar, nostalgic even, yet surprisingly refreshing. Dr. Dog has truly embraced their sound (think Wayne Coyne of the Flaming Lips, or the Morning Benders singing 50’s Brit rock this time adding layer upon layer of synths, vocal harmonies, and surging guitar hooks. It’ll be a shame shame if you don’t play this.