Greetings metal community, the Noobhammer here with my top ten albums which smashed the gates with a hammer full of steel.

10. Trenches-The Tide Will Swallow Us Whole

This album was a complete shocker for me. Yet from the instant I popped in the cd, I knew I had something special. This cd combines the heaviness of Isis with the melody and intensity of Haste The Day.  This cd mixes these two elements perfectly into an album that doesn’t disappoint and will continually surprise you and have you listening to it again.

This album blew me away with its sheer technicality and intensity. Arsis have always been one of those bands that just shock you with their skills on their respective instruments. This cd is no exception. With a step above United In Regret production wise, Arsis shows us what they can do when they flex their muscles and release that Virginian Death Metal machine. Can you go wrong with Lord of the Rings? The answer is no, no you cannot. Battlelore has proven this by releasing their 5th full length album based off the works of J.R.R. Tolkien. They seem to gain their stride back with this release after releasing the much softer Evernight album previous to this one.

7. The Sword-Gods of the Earth

The Sword have quickly become one of the best stoner bands to ever come out. This cd is no exception. Their best work to date showcases what The Sword do best: Black Sabbathesque riffs that hook you and lyrics that just make no sense but will have you singing along nevertheless. That is what makes this album so great, their simplicity. 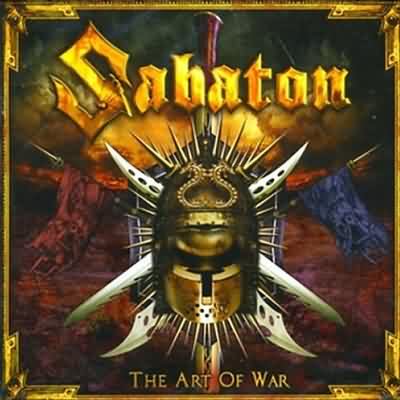 Sabaton has made a name for themselves as a power metal band that sings about wars. This album though is a album about the art of war. It has Sun Tzu’s teachings throughout it as we hear about Rommel’s Tank Division, the deaths in the trenches during WWI. This cd is just epic with its material and depth. It also has some very catchy songs that will have you banging your head.

The opening lines of this album, “The story is over”, paint the bleak outlook this album has with its concept about a patient who has cancer. This emotionally driven cd is some of the best work Into Eternity has done to date. Stu’s voice really shines on this album as well as Tim’s guitar playing. The mature growth that this band has shown over their last few albums is amazing and makes me impatient for the next album.

Tobias Sammet’s brainchild guest musician band is one of the best things to hit the metal world with it’s rock opera story and guest singers. I kept coming back to this album alot over the year due to it’s catchy songwriting and “can’t help but make you smile” lyrics. Michael Kiske, Alice Kooper, Jorn Lande, and kai Hansen all appear on this album making it a true masterpiece and hit album.

Pyramaze rose from ashes with the great Matt Barlow on vocals bringing out Pyramaze’s true potential and showing us what we all missed when Matt Barlow left the metal world. This cd just wakes you up and smacks you in the face with powerful lyrics and music. This is truly the year of the phoenix for most bands as they rose from the ashes into the spotlight of greatness.

This was almost my album of the year just for its sheer genius and beauty that is contained within its walls. This album showed us what Iced Earth truly is, that no matter how many members they go through they can always release a great album. This album though brought back the prodigal son, Matt Barlow back to the folds of Iced Earth. His voice just fits so natural with John Schaffer’s guitars. This showed us the true power of Iced Earth and left us wanting more. This is it. The big enchilada. Did you really not see this coming? I mean come on I even said that it was the year of the phoenix for most bands, and Cynic is truly a phoenix. They died in ‘93 with Focus and were recently reborn with Traced In Air. They have truly made a masterpiece that many will be talking about for the next fifteen years. This album can be listened to so many times, and yet you wish that there was more. That’s how good it is. It wants you to have more and just shows what a truly masterful beauty this album is that many bands could only dream of attaining. These guys deserve the album of the year for writing a true masterpiece that goes along with A Piece of Time.