The Rangers played February 26 at the Lincoln Theatre in downtown Raleigh. Having attended this show and previous shows of theirs, one interesting observation to point out while attending a Rangers concert is the crowd dynamics. Ages range from 21 all the way up to 65. There are fraternity brothers and middle age women. Finally you have static dancers (people who wish to do the dancing in their heads) and full out flat footers!! So, if one were not to enjoy bluegrass music (God forbid), a Rangers concert is a great venue for people watching. Once again, the band proved to provide another entertaining show, picking fast songs, huddling round a central mic, and getting the crowd to make bird calls! The Steep Canyon Rangers will return to the Triangle area on May 21 with Steve Martin. This tour is promoting the album, “The Rare Bird Alert” that awaits release on March 15! It is a collaborative album created by the Rangers and Martin. So keep your ears and eyes open for this, and keep on ‘a pickin’ and a grinnin’, y’all!

I hope everyone had a great Thanksgiving holiday. I’ll tell you one thing I’m thankful for—living in the Triangle! There are so many great things to see, hear, do, and overall, enjoy.

We here at WKNC like to provide you with as many opportunities to enjoy your community. So, here are the giveaways for this week. 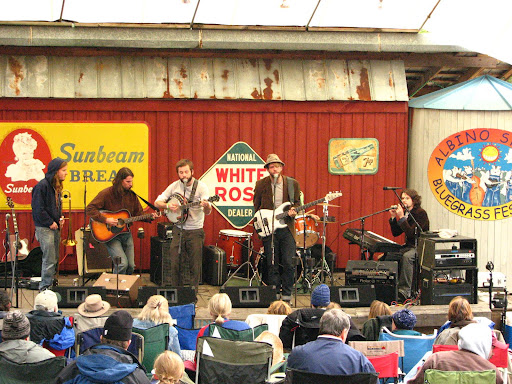