Palehound, formed in 2013 in New England, is fronted by singer-songwriter Ellen Kempner. Kempner, who has been involved with music for nearly all her life, is a tremendously talented lyricist, guitarist, and vocalist. She is not afraid to be vulnerable and jarringly honesty in her songs, the result of which is a refreshingly genuine discography. Black Friday is Palehound’s third full album. Unrestrained, gritty, and heartbreaking – this album is astounding. I can safely say that every track on this album is pouring with emotion. Black Friday takes on a more serious note than Palehound’s previous two albums, exploring some of the many different types of love.

Black Friday is cool and smooth. I would even venture to say that dessert rock influences can be seen in a number of tracks, most notably in the 5th track Killer and the 7th track b******t. Kempner’s hushed vocals add a new level of intensity and realness to her songs. Kempner’s voice is gentle but her words are strong.

This album makes me think of a quote by F. Scott Fitzgerald: “There are all kinds of love in the world, but never the same love twice”. Each song on this album is about a different kind of love. Aaron is one of the most wholesome love songs I’ve heard in a while. Inspired by Kempner’s partner, who is trans, Aaron is about the unconditional acceptance of a loved one. The title track, Black Friday, is a heartbreaking song about being okay with being even less than second best in the eyes of someone that means the world to you.

Kempner says that she wants people to hear her songs and feel less alone than they did before. Well, Black Friday does exactly that.

I’d recommend giving this album a spin if you like The Handsome Family or Strange Ranger.

On Saturday afternoon, after playing two shows the night before during Hopscotch 2014, Palehound came and talked with DJ Nasty Nate at Wristband City. They’re a Pavement-esque indie rock band off Exploding in Sound (a new record label with a really solid catalog worth keeping an eye on). During the interview we talk about frontwoman Ellen Kempner’s musical mentors and who the band was most excited to see at Hopscotch. We discussed a lot more too. Check out the interview.

As usual the staff is incredibly excited to see some of the best new and lesser-known musical acts 2014 has to offer. As part of WKNC’s unique coverage of the festival we’ve created this video playlist of all the Lounge artists playing this year. Discover the lineup’s hidden gems by watching the playlist!

Need some motivation to study for exams and get those final papers done? Just put this playlist of WKNC’s The Lounge videos on repeat.

While you are at it, let us know which ones are your favorites. We will be submitting contest entries soon and want to pick the best one. 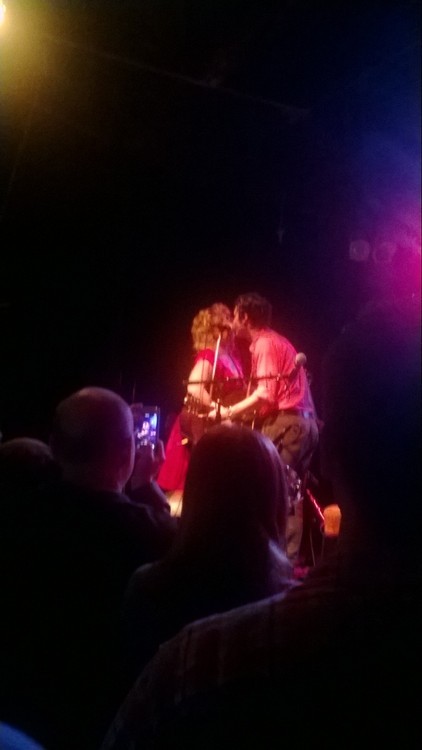