After making some changes to her look and modifying her music a little bit, Jessica Lea Mayfield is definitely on my chart of must-see artists for this year’s Phuzz Phest. From growing up listening to her hypnotizing acoustic sets to hearing her equally as talented brother cover her songs, the lyrics of Jessica’s songs are always something that have seemed to captivate and keep my ears perked. On top of the lyrics, Jessica’s soft and sweet vocals are able to contribute even further to her fairy-like presence. Now, I’m not one to say if her current look/sound is here to stay, but I know for a fact that it has not changed my outlook and appreciation for her artistic talents. Be it in acoustic version or soft rock form, I’ll be eager to get the front row of any Jessica Lea Mayfield show that is in the North Carolina area. 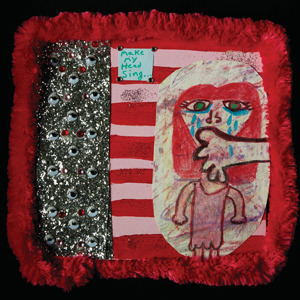 WKNC is delighted to be the primary media sponsor for this year’s Phuzz Phest- Winston-Salem’s premiere annual music festival.  This fourth annual event returns to the City of the Arts & Innovation’s burgeoning downtown area to thousands of music fans across the southeast. This year the festival will span three days from Friday April 4 through Sunday April 6, featuring their most potent and genre-spanning lineup yet with more than 50 musical acts coming from as far away as Los Angeles, San Francisco, Brooklyn and Detroit.

Though far from NC’s largest music festival, Phuzz Phest has built its reputation on keenly curating the region’s best acts for a truly special weekend of music, offering attendees a rare opportunity to see critically-acclaimed artists alongside under-praised locals in settings more intimate than would otherwise be possible.

All Them Witches (Nashville, TN)

Must Be The Holy Ghost (Winston-Salem, NC)