I think I picked the right place to study abroad.

Constellations Festival is relatively young, but that doesn’t keep the event from bringing in some of Indie’s finest acts. 2010’s festival included the likes of Broken Social Scene, Sleigh Bells, Local Natives, The Vaccines, and many other fantastic acts. With hopes high for this year, the festival returned to the University of Leeds Student Union on Nov. 12, and it brought acts including Yuck, Braids, The Big Pink, The Antlers, and Stephen Malkmus and the Jicks.

One building, five different proper music venues, and nine hours of cramming in as much music as possible is a daunting task to say the least, and thankfully the folks planning this event allowed for seeing the majority of the largest names with ease. They could have easily planned the event in a way that makes more sense musically. This would include The Antlers opening for Wild Beasts, Yuck opening for Stephen Malkmus and the Jicks, and Summer Camp opening for The Big Pink. Thankfully the large acts played back to back in the same venue with the periods in between sets long enough to pop over to another venue and catch the majority of another band’s show.

The culmination of these elements made for one hell of an afternoon and night filled with music, and below are some of the highlights.

This was by far the biggest surprise of the night. I was amused by the sound of Summer Camp after my initial listen of their debut album Welcome to Condale, but I felt as if there was still much to be desired. Although I had my reservations about the group, they put on one of the most delightful performances of the festival. Their love of 80s nostalgia, although they are probably too young to remember the 80s, brought about a charm to the performance. Famous dance scenes from 80s films projected to a screen on stage alongside the upbeat pop duets with some real swing left me wanting to reevaluate my initial stance on their debut.

Stephen Malkmus and the Jicks

One of the most anticipated acts of the festival did exactly what they needed to do. Consistent throughout, Malkmus and company brought their a-game during their hour-long set. Playing mostly new tracks off of Mirror Traffic, they also revisited some of the earlier solo work from Malkmus. The act left me feeling satisfied and lived up to many of expectations I had.

If you are a fan of Yuck’s self-titled debut, you need to see this band live. There are certain things that recorded songs cannot convey, and the sense of raw, distorted power is definitely one of them. The band had some initial technical hiccups after the mics cut out on them toward the end of their last song, and walked off as the stage crew came back on to get everything working properly. The band took it in stride. After walking back on stage frontman Daniel Blumber jokingly announced, “This is our longest encore ever.” The band mixed up their tracks much like in their album, going from one faster paced harder sound to one a bit more reserved. It was the track “Rubber” that stole the show. The 7-minute song provided a visceral listening experience that shook the ears and body to its distorted 90s rock core, something much better understood when experienced instead of described.

This band is easily one of the best in filling the room with their atmospheric sound, regardless of size. That’s exactly what they did on this night. Playing the best from their debut and their second album, The Antlers demonstrated how they are able to beautifully construct songs that in some moments lack vocals yet sound structured, and when the vocals kick in it provides a fine compliment to their rest of their truly gorgeous sound.

It was a bit of a homecoming for the band currently based in Leeds, and their set brought out the largest crowd of the entire night. The large room was packed to the ceiling as the band covered tracks from their entire discography, and the songs both slow and upbeat highlighted the best of the band. Like Yuck, Wild Beasts live proved just how incredibly powerful their vocals are. It felt like a somewhat surreal experience to hear these regular guys produce such operatic and captivating voices. All in all, they gave one of the best performance of the night ending what was already a fantastic day.

http://www.youtube.com/watch?v=-sgbJw0RAUY&feature=player_embedded#!1. Panda Bear has finalized a release date for his long awaited solo album. The Animal Collective member is set to release Tomboy on April 19. (via Consequence of Sound)

2. Tom Waits will be teaming up with his record label Anti- to release a poem that Waits wrote in conjunction with a collection of images of homeless individuals by photojournalist Michael O’Brien. The work, which will be released on February 22, will have all of the proceeds go towards helping Redwood Food Bank, Sonoma County’s Homeless Referral Services, and Family Support Center supported through Catholic Charities of Santa Rosa. (via NME)

3. The car that is present on Neko Case’s amazing Middle Cyclone will be auctioned off for charity. The proceeds from the auction of the 1967 Mercury Cougar will be supporting 826 National; a non-profit that provides writing classes for children. (via Nekocase.com)

4. On January 18, Canadian rock outfit Broken Social Scene are set to perform a live concert in New York that will be streamed on Youtube. The event will start at 9 pm EST via Bowery Presents’ Youtube channel. (via BoweryPresents)

5. It has been almost 3 years since The Kills’ last release, but that will come to an end this year as they put out the follow-up to 2008’s Midnight Boom. The album, titled Blood Pressures, will be released April 5. (via thekills.tv)

It’s that lovely time of the year where we put up Christmas lights, enjoy egg nog shakes at Cook Out and look back on the year that was. 2010 proved to be an eventful year, despite all the terrible moments – earthquakes, oil spills, that bad call in the Maryland football game – this year saw the release of some good albums. I highly recommend my personal Top Five list for your listening pleasure over break.

The sophomore release from this eclectic group is a warm, pop-infused masterpiece—a curious departure from the darkness of their 2007 debut album. Yeasayer introduces huge, pulsing synths and primal rhythms into their sound, resulting in some infectiously upbeat and organic numbers. Odd Blood isn’t one-dimensional, however. The album features a couple of heavier, darker tracks to balance out the pop sound. Yeasayer remains experimental as ever, exploring everything from R&B to Middle Eastern dance music. The end result is a well-rounded, highly enjoyable album. (Bonus points for the band self-producing it.)

Possibly the most anticipated album of the year, Arcade Fire’s third release garnered universal praise. Like Odd Blood, The Suburbs represents a new sonic direction for Arcade Fire—gone are the Baroque sounds and grand crescendos that defined the band’s sound. Instead, the album maintains a latent energy throughout every song, steadfast rhythms layered with rich textures and tones. These elements form the perfect vehicle for the album’s main concept – innocence and coming-of-age set in the backdrop of suburbia. Poignant and poised, The Suburbs is Arcade Fire’s best release yet.

Though many artists are doing the retro surf-rock thing nowadays, Best Coast does it best. The group is led by Bethany Cosentino, whose approach is refreshingly simple – reverb-heavy guitars, easy chord progressions and honest lyrics about boys, her cat or getting high. Sure, it seems like a third-grader can write these songs – “One day I’ll make him mine / And we’ll be together all the time” – but there is beauty in the simplicity. The songs on Crazy For You are little pieces of pop perfection – they’re sweet, short, and will stay in your head for days. Put this album on and you’ll feel like you’re on a beach.

Broken Social Scene is a rather apt name for the group whose massive lineup continuously changes. With so many band members playing so many instruments and adding so many sounds and textures, Forgiveness Rock Record is inevitably orchestral and grandiose. Each song exhibits a different dimension of beauty, from the majestic climaxes of “World Sick” to the melodic angularity of “Art House Director.” Though not as cohesive as previous albums, Forgiveness Rock Record is still classic Broken Social Scene – lush, resplendent and larger than life.

Dan Snaith, who operates under the name Caribou, is an electronica artist and British mathematician. Naturally, you wouldn’t expect those two things to go together. Swim evokes the same reaction with its out-of-left-field collection of tracks. Flip-floppy synths, divine bell chimes, and even jazzy flute flourishes all coalesce atop powerful, danceable grooves while whispery vocals echo and modulate in and out of your consciousness. This is not your father’s electronica album. Each and every song evolves into something surreal at the end, with elements of rock, jazz and psychedelica thrown in the mix. Out of all the albums on this list, Swim sounds the most transcendental.

88.1 WKNC Pick of the Week is published in every Friday in the print edition of Technician, as well as online at technicianonline.com and wknc.org.

The Hopscotch Music Festival has now become synonymous with headliners: Broken Social Scene, Public Enemy, and Panda Bear. However, the Triangle’s largest music festival features plenty of local acts. That’s why every Friday for the next few weeks, Special K will be getting back to North Carolina’s musical roots by keeping spins local and giving away Hopscotch festival wristbands to lucky callers during the Local Lunch (12pm-1pm).

Listen only on 88.1FM or streaming online during Local Lunch for your favorite local Hopscotch bands like The Rosebuds, Bowerbirds, The Love Language and many more!

This week’s rather short episode of SoundOff instead of talking news (weird scheduling of this week’s show) we talk about some of the latest things we’ve been listening to. This week we review the latest from Broken Social Scene, Forgiveness Rock Record.

This week we spoke about Broken Social Scene’s bonus EP, the official release of Dark Night of the Soul, Crystal Castles rush release, Phoenix scoring a film, and we reviewed LCD Soundsystem’s This is Happening. 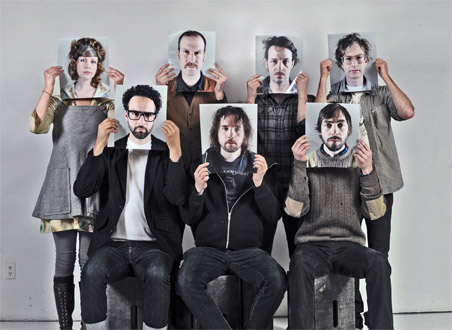