DJ Whatsherface and DJ Sparrow sat down with Phil from Tuskha (formerly of Bowerbirds) to talk about his favorite new music and recent tour with Wye Oak during Hopscotch weekend.

The excellent new album from Bowerbirds which is out March 6 via Dead Oceans now has a video to accompany one of the standout tracks, “Tuck the Darkness In.” The video for the track from The Clearing features an inquisitive child’s journey with fish. Although that sounds silly, the video might have you in tears by the end. 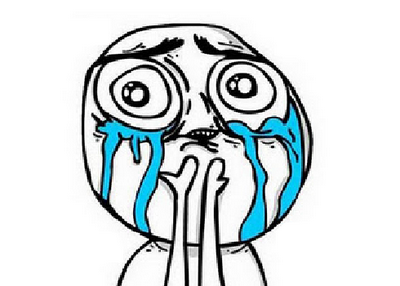 The Hopscotch Music Festival has now become synonymous with headliners: Broken Social Scene, Public Enemy, and Panda Bear. However, the Triangle’s largest music festival features plenty of local acts. That’s why every Friday for the next few weeks, Special K will be getting back to North Carolina’s musical roots by keeping spins local and giving away Hopscotch festival wristbands to lucky callers during the Local Lunch (12pm-1pm).

Listen only on 88.1FM or streaming online during Local Lunch for your favorite local Hopscotch bands like The Rosebuds, Bowerbirds, The Love Language and many more!

Last month, Shakori Hills GrassRoots Festival of Music and Dance was held on a 75 acre farmstead in Chatham County. Kate “Riff Raff” Rafferty, Tommy “Tommyboy” Anderson, and myself, Nicole “DJ Kligz” Kligerman, got the chance to drive to Shakori to see what it was all about. Well, to put it simply, we had the time of our lives. After setting up our official WKNC tent on Friday, Riff Raff, Tommyboy, and I ventured around the grounds to see what there was to do. Shakori supplied its guests with kid-friendly activities, workshops for musicians and dancers, arts and crafts, a healing arts area, several stages, a vast camping site, and a food area that included a delicious “Veggie Thing”. While at the festival, Wolf TV videographer Jane Moon joined us to capture footage of the festival for the first ever Local Beat Video Exclusive, which includes interviews with Bowerbirds, Midtown Dickens, and festival-goers. This video has been posted on Wolf TV’s site for quite a while and I thought it deserved a place here as well. Take a look!

Artspace, the downtown Raleigh-based visual arts center, will hold its 2nd annual Give and Take fundraiser tomorrow evening.  Artspace is a non-profit “creativity impresario,” if you will, providing all ages with an accessible and welcoming outlet for artistic expression since 1986.

Tomrrow (Thursday, May 13) will be the 2nd installment of their initiative to provide scholarships to the Artspace Summer Arts Program to area children.  Attendees will have the opportunity to purchase artwork and donate to the cause. The findraiser starts at 7pm, and local favorites the  Bowerbirds are set to perform at 9pm; tickets are available at Artspace (201 East Davie Street), by phone at 919.821.2787, and at the door. Full details are available here.

The Music In The Gardens summer concert series at the Sarah P. Duke Gardens in Durham is returning this year with another stacked lineup. Highlights include Camera Obscura, a Lonnie Walker/Mount Moriah double bill, Bowerbirds, Kooley High, Kingsbury Manx, Max Indian, and Billy Sugarfix (performing as Billy Sugarfix Carousel which, coming from him, probably means something pretty neat). Most shows occur each Wednesday and are $10 for the public, $5 for Duke students and employees, and children 12 and under get in free. You can get more information on the series, including dates, times, and ticket info, here.

If you’ve been following along with us these past two Fridays, you’ll know that we’ve been participating in a small interview series featuring many of the talented acts at this spring’s Shakori Hills Grassroots Music Festival. Last week, DJ Mick and DJ Kligz sat down with Bowerbirds and the ever so comical Inflowential. On this particular Friday, I had the pleasure of interviewing two great local bands, The Beast and Orquesta GarDel.

As an avid local music lover, The Beast, of course, was no stranger to my earbuds. I last caught the band last at WKNC’s fall Fridays on the Lawn series where they opened for Kooley High. Obviously, I was going through a bit of a withdrawl, and with promises of on-air free-styling from Pierce Freelon, the Beast’s front-man, the interview was too hard to pass up. Orquesta GarDel was a newcomer to my music pallet. Based in strong Latino roots, GarDel plays classic and modern salsa music with a sound heavily influenced by the New York-Puerto Rico connection of the 1970s. Eric Hirsh, Beast’s keyboardist, is also a major part of GarDel, which has ultimately led to some interesting collaboration in the past. I won’t give away too much, but I experienced firsthand the powerful forces and talent when these two groups collide. Be sure to check out the whole interview including the free-style performance:

Next Friday, tune in to DJ Kligz as she will be talking to The Honeycutters as they gear up for their performance at Shakori that weekend.

As most of you know, the spring edition of Shakori Hills Grassroots Music Festival (April 22nd-25th) is rapidly approaching. For those of you who don’t know about the festival, Shakori Hills is a four day experience, which exhibits various dance, art, and music. With over 50 bands performing on four stages,  we wanted to give you a taste of some of the talented acts of the festival. Due to various N.C. State baseball games interrupting the much beloved Local Beat during April, we’ve asked some of our favorite Shakori Hills musicians to join us in the WKNC studio earlier on Friday afternoons for the remainder of the month.

Take a look at who’s dropping in:

If Fridays weren’t already your favorite days of the week, then hopefully WKNC will change that with these great interviews. Be sure to tune in online or at 88.1FM. Also, check out our spring Fridays on the Lawn concert this Friday on Harris Field at N.C. State featuring local bands Aminal and Bright Young Things. The show is free and so are the t-shirts and pizza. Don’t you just love Fridays?

As I heard the The Bowerbird’s play the opening notes of “House of Diamonds” at Double Barrel Benefit 6, I asked myself where I had heard the song before. It wasn’t on Hymns for a Dark Horse, the album I had been playing on repeat, and wouldn’t be released on an album until Upper Air several months later.

I soon realized I had downloaded the then untitled track from Daytrotter, a site dedicated to hosting bands at its studios in Rock Island, Illinois, and posting the resulting interview transcripts and audio recordings for all to enjoy.

Local artists Annuals, The Physics of Meaning, Avett Brothers, and Birds of Avalon, among others, have recorded in the Daytrotter studios and have tracks available for download on the site. The illustrators there create original artwork to accompany tracks from each artist, as seen above.

Daytrotter seems too good to keep a secret!